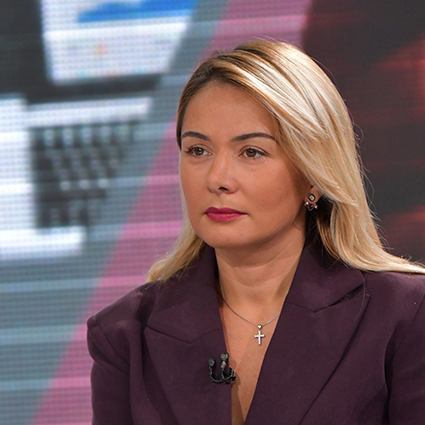 Ms. Irina Tserodze is a Senior Consultant in Education and Skills Development, with a proven track record of more than 15 years in the public and private sector.

While working as the Deputy Head and later as the Head of the Vocational Education Development Department at the Ministry of Education, Science, Culture and Sport of Georgia she has coordinated, implemented, and monitored the Vocational Education Reform Strategy in line with the socio-economic priorities of the country. During the last six years, she has contributed to the introduction of public-private partnership in education, quality improvement and, internationalization of the education sector, as well as the development of target-oriented educational services and improved access to education for rural populations.

Ms. Tserodze has a strong background in international development. As part of USAID- and USDA-funded projects as well as the United Nations Development Programme (UNDP), she has supported capacity-building initiatives for professional groups in rural Georgia.

She has also served on the Board of Directors at the European Training Foundation (ETF). Her extensive experience and well-rounded skillset have also been put to good use in the Millennium Challenge Corporation’s Industry-Led Skills Development Program, while for the EU Delegation to Georgia she has evaluated proposals aiming to develop vocational education in Georgia.

Ms. Tserodze holds a master’s degree in Public Administration from the Georgian Institute of Public Affairs, and a bachelor’s degree in Philosophy from Tbilisi State University.