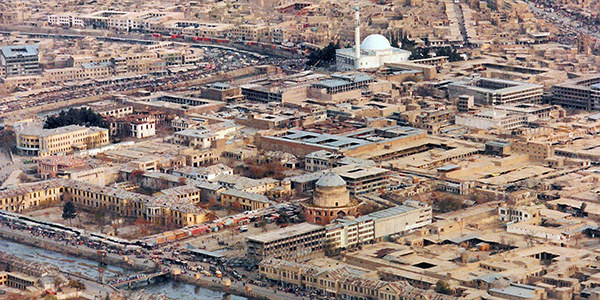 As part for the reform process, our experienced consultants in the construction field in cooperation with the Government of Afghanistan (Central and Municipal) will streamline the CP and pre approvals process. We will also create a transparent and simplified regulatory framework, realizing public good health, safety policy objectives and reducing the complexity of the CP process. In addition, PMCG will build the capacity of the CP civil servants to ensure the reform’s successful implementation.

The first introductory meeting between the PMCG team and Afghan officials was held on April 23, where Temur Bolotashvili, Construction Policy Sector Manager at PMCG discussed the main challenges of the construction regulatory framework before the reform. Also covered were the main concept and philosophy of reforms the reform phases and results, as well as the legal and institutional system of CP issuance in Georgia.

In the framework of the meeting, our team gathered information and data essential to develop existing process maps. Later, discussions about challenges existing in the CP field in Afghanistan were held.

On April 25, PMCG also organized a meeting at Tbilisi City Hall between Afghan officials and representatives of LEPL Tbilisi Architect. Our partners had an opportunity to get acquainted with how the CP process operates in Georgia and how the ‘one stop shop’ principle works in reality.