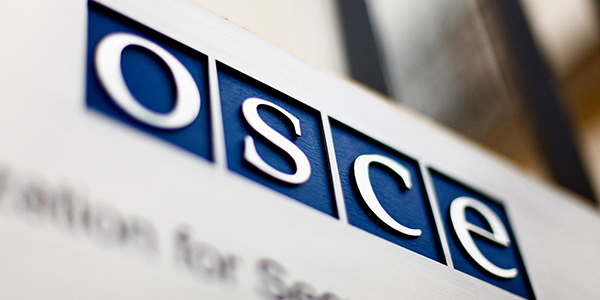 The main objective of the seminar, preceded by the acquisition of observer status for Turkmenistan in the WTO, was to enhance the national economy of the country, to strengthen international cooperation, to intensify and optimize foreign trade, and to boost its investment climate.

“This conference played a crucial role in promoting steps toward achieving the economic security and stability of Turkmenistan through economic liberalization and full integration into the world trading system, as a major priority of the country’s foreign economic policy. This year, as in the previous year, we used this platform to make a contribution to regional trade facilitation and constructive cooperation, which serve as guarantors of the economic growth and stability of the region,” said Mr. Bolkvadze.

Meanwhile, Mr. Janelidze was specifically focused on the case of Georgia, which has some of the best practices of OSCE-participating states, and shared the country’s experiences establishing WTO membership and the implementation of its commitments. He discussed the three waves of Georgia’s trade policy liberalization, its path to EU market integration, and the impact of its 20-year-long WTO membership on the country’s business environment, investment climate, and the role of the trade and transit corridor.

“Turkmenistan has decided to gradually integrate into the world’s trade and economic system in order to diversify trade relations and increase the country’s investment attractiveness. It is taking steps to join the WTO and this year has been granted observer status. The experience of Georgia in terms of joining the organization, the fulfillment of commitments and, in general, the outcomes of its liberal trade policy have aroused great interest among the representatives of the official structures of Turkmenistan, who participated in the seminar. It is important for Turkmenistan to study the experiences of different countries and to acquire expert knowledge before starting the accession process. I believe that the information received during the seminar will help them in this regard,” said Mr. Janelidze.

The conference was opened by Natalya Drozd, Head of the OSCE Centre in Ashgabat, and Vepa Khadzhiev, First Deputy Minister of Foreign Affairs of Turkmenistan, and was attended by the representatives of a number of Turkmenistan’s ministries, financial institutions, and other relevant agencies.