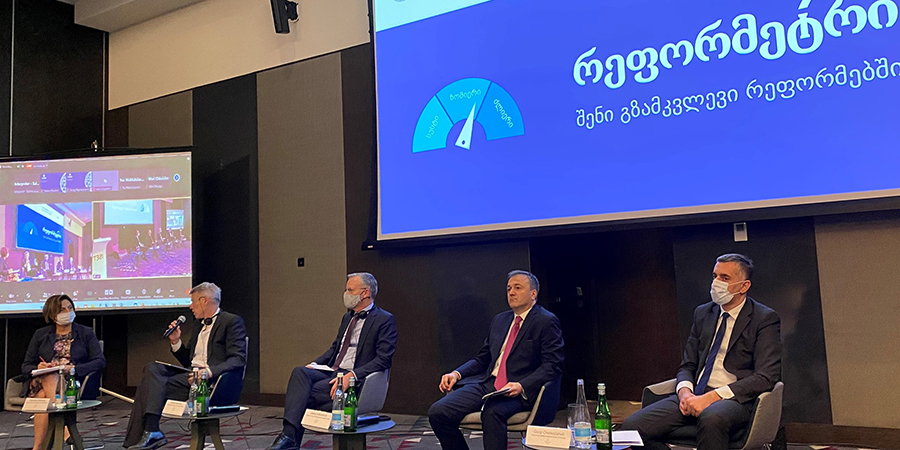 On November 10, Aleksi Aleksishvili, PMCG’s Chairman and CEO, participated as a panelist in an introductory event for the United States Agency for International Development (USAID) project –  ReforMeter – organized by The International School of Economics at Tbilisi State University Policy Institute (ISET-PI), and implemented by Deloitte Consulting.