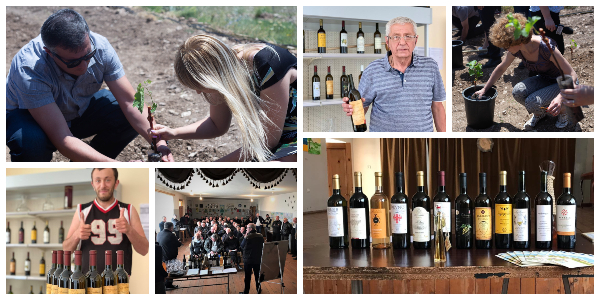 Bolnisi Municipality is one of the most active members of the Mayors for Economic Growth (M4EG) initiative, supported by the European Union. In June 2017, the municipality joined the initiative and swiftly began the implementation of its Local Economic Development Plan, which had been commended by the World Bank’s technical experts.

The experience of Bolnisi Municipality is an example of best practice in terms of demonstrating how municipalities and mayors can harness EU support to enhance the development of agribusiness and tourism at the local level. Bolnisi has planned and implemented effective changes in its municipality, bringing tangible results for its citizens. It is the first municipality in Georgia to have established an agricultural center, serving as a space where farmers can access mobile services related to local agricultural production, including the packaging of fruit, vegetables, cheese, and meat, and the bottling of wine. This novel platform for business activities supports local winemakers and farmers in the preparation of their products for local and export markets, thereby boosting their competitiveness.

“Bolnisi Agricultural Center is a very special place in the development of small family wineries in our municipality. This center plays a significant role as it provides consultations to novice winemakers on-site as well as in the cellars on how to bottle wine and various other procedures necessary to ensure a final product of the highest quality,” said Guram Avkopashvili, a winemaker in Bolnisi Municipality.

In addition, Bolnisi City Hall keenly assists the local tourism sector by developing relevant infrastructure, through the project “Establishing an Effective Business Platform in Bolnisi,” which is aimed at supporting local business development (3-years project, funded by the EU under the M4EG initiative). Accomplishments of note in this regard include the devising of a marketing strategy for the Katharinenfeld area of Bolnisi , the rehabilitation of one of the municipality’s most historic streets, the conducting of an analysis of the economic potential of the municipality, the founding of an agrocenter.

Bolnisi is one of many municipalities to benefit from the M4EG initiative, which was created in the course of the work of the EU’s Eastern Partnership (EaP), and is oriented toward supporting mayors and municipalities at the local level to work in partnership with businesses and civil society to accelerate economic growth, development, and job creation. The initiative is funded by the EU and is being implemented by PMCG, as part of a consortium led by Ecorys Nederland B.V.