Gori Municipality is vigorously taking advantage of the opportunities introduced to it by the EU’s Mayors for Economic Growth (M4EG) initiative to bring a tangible economic impact to the local community, especially in the tourism sector. Since 2019, it has been implementing the Local Economic Development Plan and its performance has been commended by the World Bank. The achievements recorded by Gori set an example to follow for other local authorities of the Eastern Partnership (EaP) countries and all countries in transition when it comes to facilitating sustainable economic growth and job creation.

Gori Municipality has conducted a series of activities at the local level to make the city more attractive to visitors. All tourist spots in the municipality are now connected with each other and various services have been established and/or enhanced for tourists. During these steps have the need for infrastructural development in the municipality was also highlighted. Accordingly, a park and an exhibition hall were rehabilitated in the city center, a new building was erected near Gori Castle, which, along with a tourism information center, includes conference, working and shopping areas, as well as luggage storage and a public toilet. Meanwhile, an area has also been set up for an open café in one of the city’s parks, and car parking areas and sanitary facilities have been established by all tourism areas. In addition, plans are in place to build cycling infrastructure in the historical parts of Gori including the city center, while a bicycle rental service will also be initiated. Moreover, an area is being built for the exhibiting and sale of locally-made products for tourists to buy, such as handmade souvenirs.

At the same time, Gori Municipality is assisting local small and medium-sized enterprises (SMEs) in the tourism sector and youth by increasing their capacity and building local partnerships between public and private sectors, thereby boosting the earnings of the local population and businesses from tourism.

Gori is one of 400 municipalities to benefit from the M4EG initiative, which was created in the course of the work of the EU’s Eastern Partnership (EaP), and is oriented toward supporting mayors and municipalities at the local level to work in partnership with businesses and civil society to accelerate economic growth, development, and job creation. The initiative is funded by the EU and is being implemented by PMCG, as part of a consortium led by Ecorys Nederland B.V.

We have started a new project designed to provide an independent evaluation of the European Neighbourhood Programme for Agriculture and Rural Development’s (ENPARD) work in Moldova. This project is funded by the EU and is being implemented by PMCG as part of a consortium led by ADE.

Pinpointing the key structural reform priorities to support economic transitions in the countries of the South Caucasus and Central Asia (CCA countries), was one of the main topics discussed on September 18 at the International Monetary Fund’s (IMF) brainstorming session.

We are continuing to actively work on the implementation of excise stamps reform with the Government of Liberia’s institutions, particularly the Ministry of Finance and Development Planning (MFDP) and the Liberia Revenue Authority (LRA), to strive towards a policy environment that is predictable, transparent, fair and conducive thereby enhancing domestic revenue mobilization.

On September 10, a working meeting was conducted in the course of the “Mayors for Economic Growth (M4EG)” initiative with the State Representative of Imereti region and the representatives of local self-government of the region’s 12 municipalities with the purpose of expanding cooperation between the municipalities to boost local economic development.

Working with Ukraine to Facilitate More Transparent and Efficient Trading 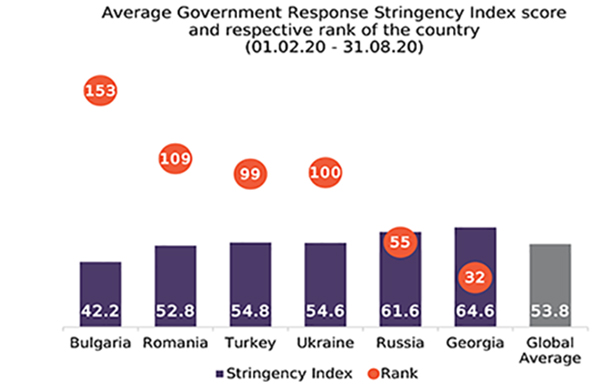 The spread of novel coronavirus COVID-19 has resulted in global pandemics, which was followed by an abrupt economic crisis, as economies stood still in order to overcome the threat to people’s lives. In this bulletin, we overview the readiness to the healthcare and economic crisis, the evolution of the pandemic and characteristics of the lockdown for the six countries in the Black Sea Region.

Reviewing Migration and Development: The Role of Local Authorities in Central Asia 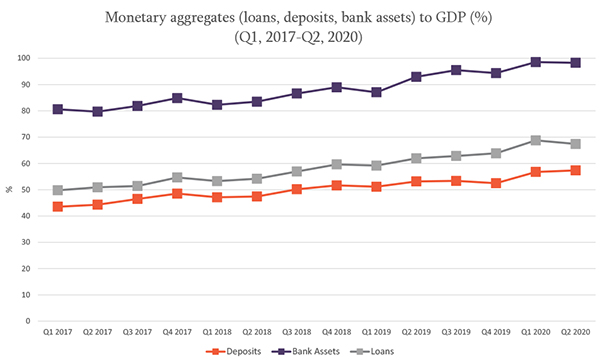 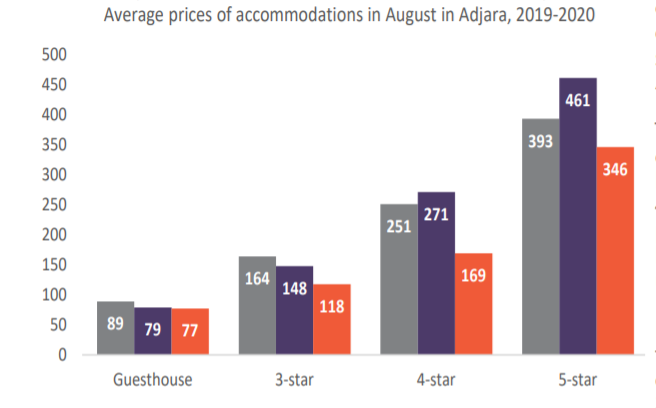 The aim of this document is to identify the key economic policy/regulatory challenges in Georgia’s tourism value chain and to facilitate dialogue between private and public sectors including a wide spectrum of civil society and political representatives. 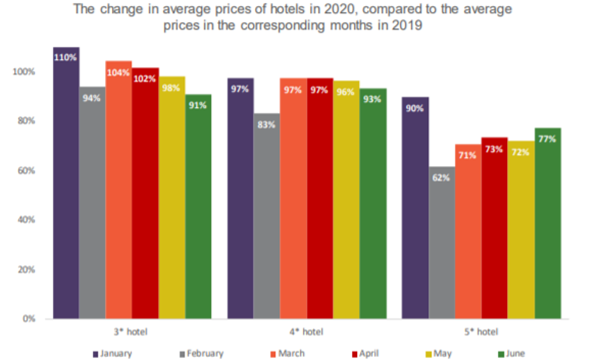 The number of international travelers declined by 95.6% in July compared to the same period of 2019, while the number of international visitors fell by 94.8% and the number of international tourists fell by 93.5%; In July 2020, compared to July 2019, the average prices of 5-star hotels decreased by 23%, which is the highest decline among the categories of the hotels; In July 2020, the hotel prices have decreased in 8 regions (out of 11), compared to July 2019. The most hit regions are Guria (-38.1%), Adjara (-26.4%) and Samtskhe-Javakheti (-23.5%); Due to distorted price data, the declines in hotel prices illustrated by our analysis are underestimated. Moreover, the analysis in July can be deemed conclusive just for Guria, Adjara and Samtskhe-Javakheti.

Monitoring the Implementation of the Strategy and 2019-2020 Action Plan for the Development of Penitentiary and Crime Prevention Systems in Georgia, and Review of International Best Practices

This study reviews each activity defined in the 2019-2020 action plan, which aims to develop the infrastructural part of the penitentiary system, and evaluates its implementation against pre-defined indicators. 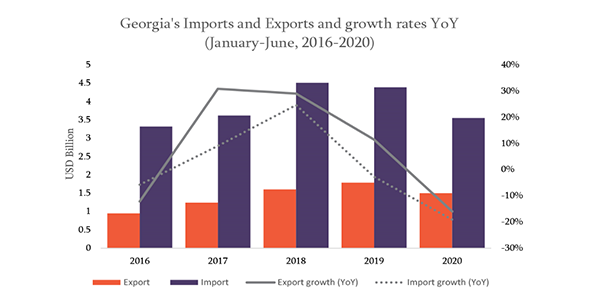